This table shows the international commodity flows from, to and through the Netherlands. For imports, exports, re-exports, transit trade and warehouse traffic, the table represents the value and gross weight of transported goods broken down by commodity group, transport mode, cargo type (containerized or non-containerized goods), country group of origin or destination and country group of loading or unloading.

This publication is co-financed by the Ministry of Infrastructure and Water Management.

As of December 10, 2021 the preliminary figures for 2019 have been adjusted as a result of changes in the sources. In addition, an improvement in the approach mainly had an effect on the estimated goods value of total transport and transport transit trade: these have been adjusted upwards, as a result of which they are more in line with the estimated values for the surrounding years.

Status of the figures:
The figures in this table are provisional.

Changes as of March 17, 2022:
Due to confidentiality rules, the estimated values of imports, transit trade and total transport of coal by sea and natural gas through pipelines from a number of country groups and continents have been removed from the table.

When will new figures be published?
Generally, new, provisional data will become available approximately one year after the end of the reporting year. Figures on international commodity flows are subject to adjustment when new or updated sources become available. As a result, the status of the figures will be provisional for a longer period of time.

Sharpest decline in inbound goods transport since the 2009 economic crisis 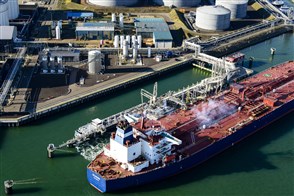