Balance and debt are the most import indicators for the healthiness of government finances in the European Union. In the Maastricht treaty and the consequent Stability and Growth Pact, it was decided that government deficit may not exceed 3 percent of gross domestic product (GDP) and Maastricht debt may not be higher than 60 percent of GDP. If government deficit exceeds the threshold of 3 percent, the member state in question shall be subject to the excessive deficit procedure.

Small temporary differences in data in this table with publications of the national accounts may occur due to the fact that the government finance statistics are sometimes more up to date.

Changes as of 24 June 2022:
Figures for the first quarter of 2022 are available. The quarterly figures for 2019, 2020 and 2021 and the annual figures 2020 and 2021 have been adjusted.
In the context of the revision policy of National accounts, the annual figures from 1995 and the quarterly figures from 1999 have been revised. In particular, the government balance, revenue and expenditure have been adjusted from 1995, due to revisions of revenue and expenditure of Energie Beheer Nederland B.V. (EBN), classified as part of the State, and transactions of the State with the Dutch entrepreneurial development bank (FMO), part of sector financial corporations. The figures are in line with the publications of the National accounts.
The quarterly figures for 2019 and the annual figures for 2020 are final.

Balance and consolidated debt (valued at face value) excluding other accounts payable and debt on financial derivatives, in million euros.

Government debt is consolidated, which means that debt in the same sector has been eliminated. 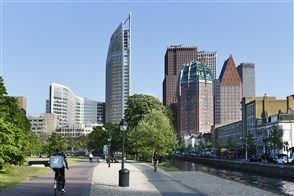 Government deficit for 2021 down to 2.5 percent of GDP