This table provides quarterly and annual data on production, expenditures, income and external economic transactions of The Netherlands.

Changes as of November 15th, 2022:
Data of the preliminary estimate of the third quarter of 2022 have been added.

Adjustments as of October 21st, 2022:
The latest data on seasonal and working day adjusted data in the period 1999-2009 for some time series in the structure of the national net lending or net borrowing were not included in this table. Therefore, changes on previous quarter in the period 1999-2010 of these time series were not correct. That has been adjusted in this version.

Adjustments as of September 23rd 2022:
Data of the final estimate of the second quarter of 2022 have been added.
The method for calculating the profits received from and paid to the rest of the world for non-financial corporations has been improved for the period from 1995 onwards. This impacts several time series in the calculation of the national net lending or net borrowing.

When will new figures be published?
The preliminary estimate (flash estimate) of a quarter is released within 45 days. The second estimate is published after 85 days. At the second estimate of the fourth quarter, data of the previous three quarters will also be revised. If (new) annual figures become available in June, the quarterly figures will be revised again to bring them in line with the annual figures.

Production approach to GDP
The way GDP is formed by underlying components in the so-called production approach. In this approach GDP equals the sum of value added over all branches (including non-commercial ones). Value added is thereby registered at basic prices. GDP at market prices is obtained by adding taxes less subsidies on production and the difference between imputed and paid VAT. The included taxes and subsidies apply both to produced and imported goods and services. Examples of these are VAT and taxes on import.

Value added basic prices
The value of all goods and services produced (production value or output), minus those that have been intermediately used upon production (intermediate consumption). Value added is rated at basic prices: purchaser's prices minus trade and transport margins and taxes on products paid and plus subsidies on products received. Intermediate consumption is rated at purchaser's prices minus non-deductible VAT.
Included is the output by all kind-of-activity units residing in the Netherlands, also those that are held by foreign owners.
Net value added can be obtained by deducting consumption of fixed capital from gross value added.

G-N Commercial services
Commercial services
This category is made up of the categories:
G Wholesale and retail trade
H Transportation and storage
I Accommodation and food serving
J Information and communication
K Financial institutions
L Renting and buying and selling of real estate
M Consultancy, research and other specialized business services
N Renting and leasing of tangible goods and other business support services 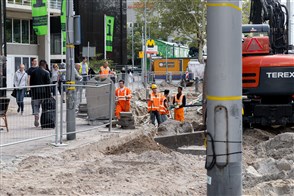 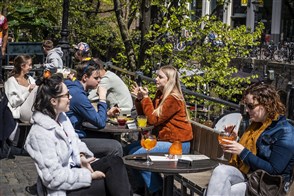