This table presents information on the development in turnover in the sector Transport and storage (ISIC 2008 codes 49 and 53). The figures are expressed as a year-on-year mutation which expresses growth relative to the same period in the preceding year and by means of an index. In this table the base year is updated to 2015.

Status of the figures:
The figures of a calendar year will become definitive no later than five months after the end of that calendar year. Until then, the figures in this table will be “provisional” and can still be adjusted as a result of corrected response.

When will new figures be published?
As a rule quarterly statistics are published on the last working day of the second month after the quarter.


Once definite figures have been published, Statistics Netherlands will only apply adjustments if significant corrections are necessary.

Turnover year-on-year change
The change in turnover indicates the growth rate with respect to the same month of the previous year as a percentage. Statistics Netherlands calculates this on the basis of non-rounded figures.

Turnover is defined as the value of sales of goods and services to third parties, VAT excluded. Turnover includes the main activity as well as secondary activities. Third parties are consumers and enterprises not belonging to (the Dutch part of) the own group of companies. 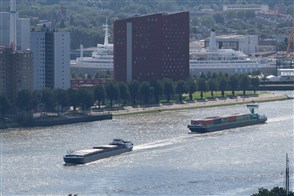