Status of the figures:
All figures up to and including 2020 are definite. Figures for 2021 are revised provisional.


Changes as of 1 March 2022:
Figures for 1990 up to and including 2020 have been revised. The most important change is a different way of presenting own use of electricity of power-generating installations. Previously, this was regarded as electricity and CHP transformation input. From now on, this is seen as own use, as is customary in international energy statistics. As a result, the input and net energy transformation decrease and own use increases, on average about 15 PJ per year. Own use of power production installations is now visible in the new topic 'Own use of electricity and heat production'.
In the previous revision of 2021, the new sector blast furnaces was introduced for the years 2015 up to and including 2020, which describes the transformation of coke oven coke and coking coal into blast furnace gas that takes place in the production of pig iron from iron ore. This activity was previously part of the steel industry. With this revision, the change has been put back to 1990.

Changes as of 16th December 2021:
Figures for 2015 up to and including 2018 have been revised and the structure of table has been adapted. Major items are the following:
Blast furnaces have been introduced from 2015 onwards as separate sector and are not any more part of the iron and steel industry. Consequently, own use of the energy sector has increased about 10 PJ and final energy consumption has decreased about 10 PJ. This concerns the energy products cokes oven gas, blast furnace gas, natural gas and electricity. An other item is the shift of transformation output of other oil products in the chemical industry outside the petrochemical industry to indigenous production (0.4 to 4 PJ each year). Both items are intended to more completely fulfill the international methodological standards on energy statistics. Additionally, for 2015 up to and including 2018 a few other improved insights in the energy balance of individual companies have been incorporated.

Energy supply
The amount of energy primarily available for consumption in the Netherlands.

Bunkers
Delivery of fuels for international shipping and aviation, i.e. ships and aircraft departing from Dutch (air)ports and arriving in foreign (air)ports. In the energy balance sheet bunkers are considered as a form of export and are not included in energy available for consumption in the Netherlands. Bunkers by sector are not known.

Statistical differences
The difference between the energy supply and energy consumption of an energy commodity.

Net other transformation
Input minus output of energy transformation into:
- another fuel, e.g. production of hard coal and petroleum products.
- heat only, i.e. at companies supplying heat to another company. Excludes use for CHP transformation.

Total
This category is made up of the categories:
- Production of heat and power
- Extraction of crude petroleum and natural gas
- Coke-oven plants
- Blast furnaces
- Oil refinery installations
- Other installations

Excludes transport outside own premises.

Total
This category is made up of the categories:
- Iron and steel
- Chemical and petrochemical
- Non-ferrous metals
- Non-metallic minerals
- Transport equipment
- Machinery
- Mining and quarrying
- Food and tobacco
- Paper, pulp and printing
- Wood and wood products
- Construction
- Textile and leather
- Other industry and non-specified

Transport
All passenger and freight transport by rail, road, water and air.

Excludes transport on own premises, fishing, agriculture and mobile equipment.

Excludes transport outside own premises.

Total
This category is made up of the categories:
- Services, waste, water and repair
- Dwellings
- Agriculture
- Fishing
- Non-specified 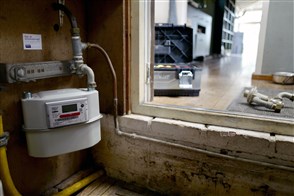 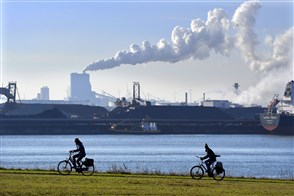