This table includes figures on the price developments of a package of goods and services purchased by the average Dutch household. The figures are consistent with European directives also known as the harmonised consumer price index (HICP). In all member states of the European Union (EU), these indices are compiled in a similar manner to facilitate comparison between the various EU countries.

This table also contains the HICP at constant taxes: this price index excludes the effect of changes in the rates of product-related taxes (e.g. VAT and excise duty on alcohol and tobacco).

Status of the figures:
When the HICP-figures for a reporting month are published for the first time, they are always provisional. This publication is a flash estimate based on incomplete data. Under regular circumstances, the HICP-figures become final with the second publication for the same month. Differences between the provisional and the final figures can be explained by the data that has become available after making the flash estimate.

After the estimate, HICP-figures will only be considered provisional when it is either already known at the time of publication that the data are incomplete, or when a revision is expected at a later moment, or in exceptional circumstances as the corona crisis. In most cases, no adjustments are made later.

HICP
Harmonised consumer price index of The Netherlands. The harmonised consumer price index is compiled in all the EU member states in a similar way and therefore makes it possible to compare the price developments within the EU properly.
HICP- CT
The HICP -CT (constant taxes) is the same as the regular HICP, but excluding the effects of changes in the rates of taxes (e.g. VAT and excise on alcohol and tobacco) and subsidies. The HICP -CT answers the question of how prices would have developed if tax rates were the same as in the base year.
Year-on-year change HICP
Change compared with previous year.
Year-on-year change HICP -CT
Change compared with previous year. 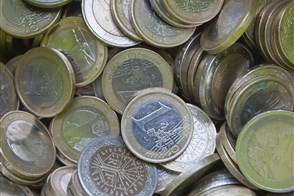