This table provides data on health care use of the population of the Caribbean Netherlands aged 15 years and older in private households. It includes contacts with providers of medical care, hospitalisation, visits to the laboratory for blood test and the use of medicines.
It comprises the following aspects:
- contacts with general practitioner (GP)
- contacts with medical specialists
- contacts with dentist
- contacts with physiotherapist/remedial therapist
- hospitalisations, with and without overnight stay
- visits to the laboratory for blood test
- use of medicines, prescribed as well as non-prescribed
These aspects are shown for the Caribbean Netherlands, and also for the islands Bonaire, St Eustatius and Saba separately. Also breakdowns by gender, age and level of education are presented.
The research is a sample survey. This means that the figures shown are estimates for which reliability margins apply. These margins are also included in the table.
The Omnibus survey was carried out for the first time on Bonaire, Saba and St. Eustatius in 2013 during the month of June and the first week of July. For the second time the Omnibus survey was carried out on Bonaire during the months of October and November 2017, and on Saba and St. Eustatius in the period January to March 2018.

Status of the data:

The figures for the most recent period are provisional.

Changes as of April 18th 2019
The underlying coding of classifications (Carribean Netherlands and Personal characteristics) used in this table has been adjusted.
It is now in line with the standard encoding defined by CBS.
The structure and data of the table have not been adjusted.

Admissions in the last 12 months
Admissions to a hospital or clinic without overnight stays in the 12 months preceding the interview.

% Persons with day admission
Percentage of persons in the population with at least 1 day admission in the 12 months preceding the interview.

Medicines
The use of medicines. 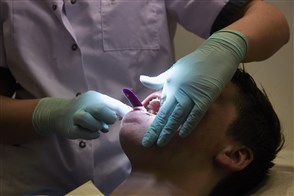 Bonaire: number of dental visits down