It distinguishes between seven types of tangible fixed assets:

The following are disregarded:
- Investment in stock;
- Investment in foreign locations;
- The value of enterprises that have been acquired whose operational activities are barely affected.

The figures can be broken down into the companies’ activities, according to the Standard Industrial Classification 2008 (SIC 2008).

Status of the figures:
The figures up to and including 2019 are final.

Changes as of 29 March 2019:
The figures for the "Investments, Tangible fixed assets" of the sector "Information services" (SIC code 63 and aggregations thereof) for the reporting year 2016 have been adjusted because after investigation it appeared that there was a significant error in the declaration from a reporter. As a result, total investments fall from € 49.0 billion to € 47.2 billion.
In addition, a number of minor adjustments have been made, based on progressive insight.

When will new figures be published?
Roughly a year after the end of the reporting year, the provisional investment figures will be published for the Total Investments in Tangible Fixed Assets for the mineral extraction, industry, energy provision, waterworks and waste management and construction business sectors.Definitive, more specific figures will be made available 18 months after the end of the reporting year for all the business sectors that have been examined, including the five business sectors named above.The figures may be updated if substantial adjustments become necessary.

Investments in tangible fixed assets
Goods which are purchased or produced in-company for use as capital assets in the production process. In general, goods are included in this category if they have a useful life of more than one year (such as buildings, houses, machines, means of transportat, etc.). 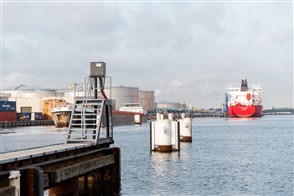 Lower investments anticipated in manufacturing for 2019