The Consumer price index (CPI) all households, calculated by Statistics Netherlands, measures the average price changes of goods and services purchased by households. The index is an important criterion for inflation, frequently used by trade and industry, employers' organisations, trade unions and government. The index is for instance, used to make adjustments to wages, tax tablesand index-linked rent increases, annuities, etc.

Changes from 10 December 2015:
On 1 October 2015, the points system for the pricing of rental homes was adjusted by the Dutch national government. As a direct consequence, rental prices of a limited number of dwellings were reduced, which had a downward effect on the average rental price. The effect of this decrease on the rental price indices and imputed rent value could not be determined in time because housing associations announced the impact of rent adjustments only in November. For this reason, the figures of the groups 04100 ‘Actual rentals for housing’ and 04200 ‘Imputed rent value’ over October 2015 have now been adjusted.

The figures of the groups 061100 ‘Pharmaceutical products’, 061200 ‘Other medical products, equipment’, 072200 ‘Fuels and lubricants’ and 083000 ‘Telephone and internet services’ over the months June through September 2015 have been corrected. This has no impact on the headline indices.

When will new figures be published?
Not applicable. This table is succeeded by Consumer prices; price index 2015=100. See paragraph 3.

CPI
CPI all households refers to the 'shopping basket' of all households in
the Netherlands.
Derived CPI
The derived CPI is the same as the regular CPI, but excluding the effects
of changes in the rates of product-related taxes (e.g. VAT and excise on
alcohol and tobacco) and subsidies. The derived CPI answers the question
of how prices would have developed if tax rates were the same as in the
base year. The derived indices are used to correct wage and income tax
levies, and also often in wage negotiations.
Year-on-year change CPI
Change compared with previous year.
Year-on-year change Derived CPI
Change compared with previous year.

February's inflation rate the same as in January 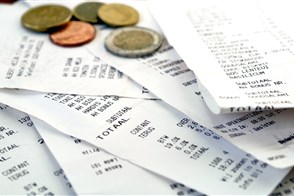