Summary of the contents of the EU figure in this publication:
The composition of the European Union (EU-15) until 2004: Austria, Belgium, Denmark, Finland, France, Germany, Greece, Ireland, Italy, Luxembourg, The Netherlands, Portugal, Spain, Sweden and United Kingdom.
In 2005 the European Union (EU-25) expanded with: Cyprus, Czech Republic, Estonia, Hungary, Latvia, Lithuania, Malta, Poland, Slovakia and Slovenia.
In 2007 Bulgaria and Romania have been added (EU-27).
In 2014 Croatia was added (EU-28).

Status of the figures:
The figures are final up to and including 2019, the figures from January 2020 and for the current year are provisional.

Changes as of 1 February 2021:
The figures for December 2020, the 4th quarter of 2020 and the yearly figures for 2020 have been added. Up to and including December 2020 the figures of EU countries include data for the UK. This to guarantee the comparability of the data.

Local flights
The number of take-offs and landings in the category 'local flights'; a local flight takes off and lands at the same airport. 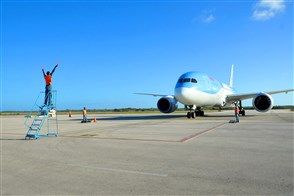 Over 60 percent fewer air passengers in the Caribbean Netherlands 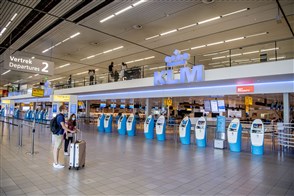 Air travel at less than one-tenth in June 2020