At the other airports of national importance, passenger numbers increased by 15.5 percent year-on-year. Relative to 2007, there were over 2.8 times as many passenger going through these airports.

Eindhoven Airport is the second largest airport in the Netherlands, in terms of both the number of commercial flights and the number of passengers. In 2017, Eindhoven processed nearly 5.7 million passengers. This was followed by Rotterdam The Hague with over 1.7 million travellers.

Most passengers arriving in the Netherlands by air travel to or from another European country (whether or not as the final destination). After Europe, the next most important destinations are North and Central America. 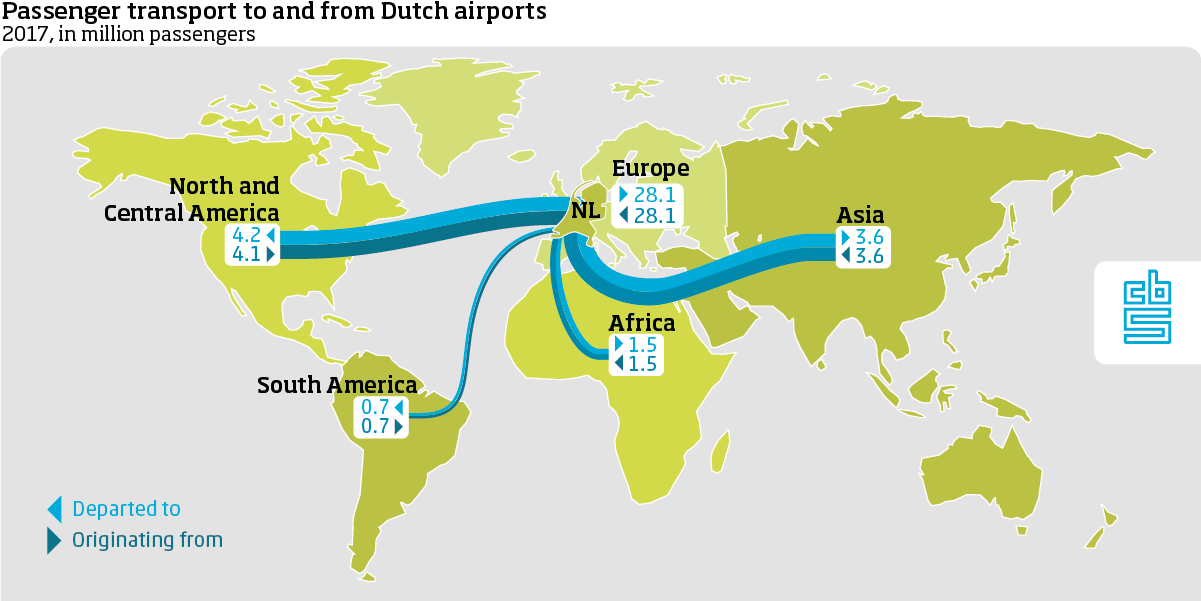